SMS Emojis - Shold Your SMS Marketing Campaign Use Them? - JookSMS

Should You Use Emojis In Your SMS Marketing Campaign?

Emojis may be a passing trend, but they are certainly at a peak right now. A casual gimmick that began as a little, yellow smiley face in the late 1990´s has since snowballed into an online sensation. So are emojis in your SMS marketing campaign a good idea for your brand?

For the time being, it seems there is no end to the emoji phenomenon. Messaging apps like Skype whip new images out at least once a week! And Facebook recently added some 1500 to their network for end-users to express an emotion in a single click.

Unsurprisingly, emojis are beginning to appear in branded campaigns and SMS marketing is the ideal platform to include images. However, it´s a new phase and may not work for every brand.

There is no question that emojis are popular. Their prominence has evolved from a string of facial expression into all kinds of everyday objects. And people including a celebrating Jurgen Klopp and a dancing Daniel Sturridge.

There is a World Emoji Day on July 17th. Who knows how long the craze will last… But for now emojis have emerged as a unique texting language in its own right.

Companies will have to make a decision if using emojis in their SMS marketing campaigns suit their brand. They are already being utilized by celebrities and quirky brands on social media sites such as Twitter.

😀The gift of effective communication

Digital communication has revolutionized the way brands can connect and interact with customers. However, when the recipient cannot hear your tone of voice, see your facial expression or pick up on nuances of language, SMS messages can be misinterpreted.

Take the study of Computer and Human Behavior conducted by a team of researchers at Binghampton University who discovered that punctuation in text messages can give recipients the wrong impression.

Lead psychologist, Celia Klin reported that the majority of participants felt text message that included a full stop were less sincere than texts that did not have a full stop.

The reasoning given for the interpretation is that the human mind reads a text as a non-verbal communication of a face-to- face conversation. And full stops imply a pause, or a deliberation. There is some degree of uncertainty.

Leaving out a full stop implies the answer is immediately an expression of your gut instinct. An exclamation mark on the other hand appears more sincere because there is an expression of certainty.

When speaking, people easily convey social and emotional information with eye gaze, facial expressions, tone of voice, pauses, and so on. Klin said?People obviously can´t use these mechanisms when they are texting. Thus, it makes sense that texters rely on what they have available to them! Emoticons, deliberate misspellings that mimic speech sounds and, according to our data, punctuation.

One of the benefits of emojis is they quickly reflect your emotional expression. And when consumers resonate with this they are more likely to respond or at least show some form of interest.

😉Are emojis right for your brand?

Emojis are a fun way of expressing sentiments, thoughts and ideas so when a brand sends an SMS online and includes an emoji, it is certainly more likely to stick in the mind of consumers.

But only providing the emoji is appropriate. They will not work for every brand.

A case in point is the Canadian football results that used emojis to communicate scores. However, the little icons were not well received by an audience that are mostly male and aged over 35. Not everyone understands what emojis mean.

Your brand has to have a fun edge and target a young audience otherwise nobody will care and the attempt to use a fad could be damaging to your brand image.

Essentially emojis are gimmicks that only young children fall for in a marketing environment. But if used intelligently, creatively and artistically in SMS marketing, a smiley face could prove to be a boon.

The overwhelming number of emojis that are available online give brands the opportunity to add light-hearted creativity into a text marketing message, and if it does convey emotion, could provide a solution to get a better response from recipients.

😏Should brands design their own texting emojis?

This is another idea that has potential if the emoji sits with your brand and resonates with your audience in a way that does not feel like a gimmick.

Firms that design a unique brand emoji need to find the balance of creating an image that is broad enough to appeal to a large audience, but specific enough to relate to the brand image.

A dog food company using a yapping dog could work because it appeals to dog lovers and can be used to mean other things to a wider audience. However, a computer software company would not get any response from using a laptop emoji.

Mobile communications to a young audience that are familiar with using emojis are more likely to relate to relevant brand emojis if they are made to feel, yes, this is me, or if the emoji is amusing and can be used to convey other meanings.

When emojis are quirky enough and expresses an emotion, the younger generations are more inclined to use them in their own text messages. Branded emojis could have great potential for the time being at least.

However, it´s safe to say that emojis are a passing fad and probably won´t last much longer than the decade. Once younger generations mature and grow out of things they liked as a kid, attitudes change and trends fad away.

In the present climate emojis are part of a consumer´s everyday habit, thus now is the prime time for brands to capitalize on emojis in their SMS marketing.

Editors Note: This post was originally published in July 2016 and has been updated for accuracy and comprehensiveness. 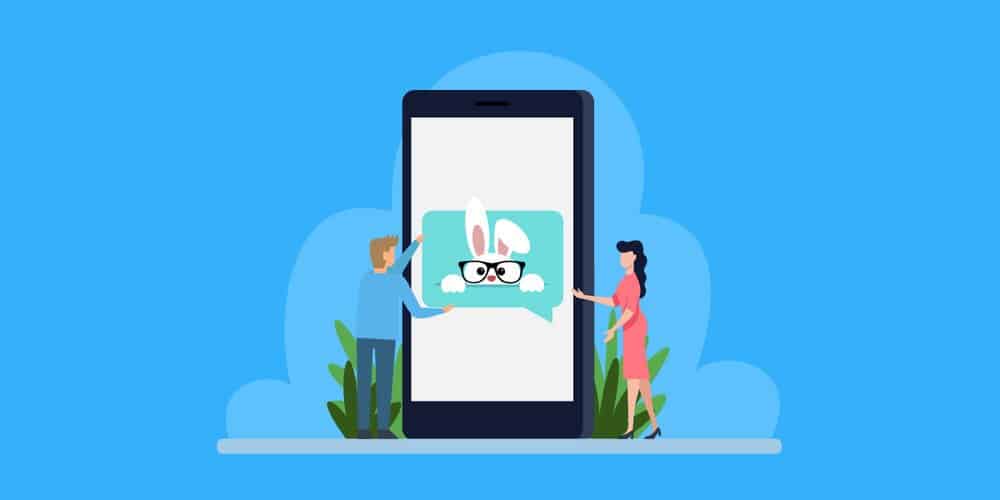 SMS Marketing Is An Attention Grabber

8 Steps To Getting SMS Marketing Right