The History Of Text Messaging, Its Beginning & How It is Used Today - JookSMS

What is the History of Text Messaging?

The history of text messaging started in the United Kingdom in the 1980s, where two engineers developed the standards for SMS messaging, but it wasn’t until 1992 that the first text message was sent. Without texting, no one would be able to send a quick note to family members or coordinate office meetings on the go without making a phone call. Thanks to SMS, everyone can now be more efficient, independent, and direct with communications. Among all the simple communications methods, you may wonder, what led us to the point where people send over trillions of text messages every day? In this blog post, we will discuss the history and evolution of SMS.

How was SMS Invented?

SMS was invented by engineers Friedhelm Hillebrand and Bernard Ghillebaert, where both conducted experiments to determine the best standard length for texts. Both found that 160 characters were sufficient, and this founding resulted in Groupe Spécial Mobile (GSM) standard, the Global System for Mobile Communications for SMS.

The main idea for SMS was to deliver messages quickly and more efficiently through signaling paths required to control the telephone traffic when no signaling traffic was present. In this way, phones can use unused resources to deliver messages at a minimal cost. In short, SMS was invented to make mobile communications more efficient, streamlining everyone’s daily lives.

But the first SMS text wasn’t made until December 13, 1992, from Neil Papworth, where he texted “Merry Christmas” to Richard Jarvis at Vodafone via PC. The former developer at Sema Group Telecoms had to type this message on a PC since cell phones didn’t have keypads at the time.

Early GSM cell phone handsets couldn’t send text messages, so the first SMS gateways for phones were network notifications, used to inform billing alerts and voice mail messages. Nokia was the pioneer handset manufacturer, whose entire GSM phone line supported user-sending of SMS text messages in 1993. The same company was the first to invent and manufacture a mobile phone with a complete keyboard.

The SMS concept was invented in the United Kingdom by Bernard Ghillebaert and Friedhelm Hillebrand from the Franco-German GSM cooperation in the late 1980s. These two engineers were the guiding hands in the conception of the service.

Friedhelm Hillebrand, a German engineer, had played a massive part in setting today’s mobile telecommunications standards. He became the chairman of the Global System for Mobile Communications’ non-voice service committee in 1985. Hillebrand conducted experiments to see the perfect length for text messages and later discovered that 160 characters were sufficient.

Bernard Ghillebaert, a French engineer, helped Hillebrand set the telecommunication standards for SMS in 1985. Their discovery would later be the GSM standard for SMS.

How Is SMS Defined?

SMS stands for Short Message Service, also known as text messaging.  It is a significant component of today’s internet, telephone, and mobile device systems. SMS is a text-only standard that was created as part of the GSM standards in 1985. People generally send an SMS from one gadget to another over the cellular network. SMS uses standardized communication protocols, allowing mobile devices to deliver short text messages – quickly and efficiently.

How Has Text Messaging Evolved?

Text messaging was first developed in 1984 and popularized in the mid-1990s, and it evolved from PC-sent texts to instant messages using phones. It was the original form of instant messaging, and over time, text messaging has grown to be a crucial communication tool in everyone’s lives. Here are the different text messaging milestones over the years:

The SMS concept was made by Bernard Ghillebaert and Friedhelm Hillebrand in the late 1980s.

The first official text message was sent by Neil Papworth using a PC, where he sent “Merry Christmas” to Richard Jarvis.

A mobile news service in Finland used SMS to inform their readers of the latest events.

American Idol partnered with telecommunications company AT&T and introduced the text to vote systems to the public.

It was the year where advanced features like voice mail management and language tables got introduced.

United Way introduced the first text to donate event, advertised during the SuperBowl.

The word ‘texting’ was officially added to the Cambridge dictionary as a verb.

Where was SMS Used First?

SMS was first used by Neil Papworth in the United Kingdom, where he sent an SMS message using his PC, sending a Christmas greeting to Richard Jarvis, the Vodafone director of that time.

What is the First Message Sent via SMS

The first official text message was sent on December 3, 1992, saying, “Merry Christmas.” Neil Papworth sent this SMS message to then Vodafone director Richard Jarvis’s cellphone. He used a personal computer to send a text as a greeting for the upcoming holidays during that time.

How is the Use of SMS Today?

Today, SMS is used to deliver and receive by millions of people worldwide in no time. SMS can reach all of the 6 to 7 billion mobile phones in use today. Text messaging is the only technology standard followed by mobile operators globally, making it one of the best ways to connect the modern world.

SMS is used by people today to deliver messages to loved ones, acquaintances, includingand even strangers in a matter of seconds. For this reason, many businesses have taken advantage of the practice to reach their clients with ease. Also, with more than 90% of messages read within minutes of receiving, you can ensure that results are immediate.

People today use SMS more often than back in the day, with statistics showing that over 700 billion text messages get sent every month in the US alone. That means each American sends and receives hundreds of text messages every month. With SMS, people can now easily connect with others, keeping connections alive and saving more time. This benefit allows people to concentrate on other areas of their lives.

What are the Purposes of Using SMS Today?

The purpose of SMS today is to help people communicate faster and more conveniently. Here are some of the most notable purposes of using SMS today:

Is SMS Marketing Good for Companies?

With SMS becoming more prevalent, SMS marketing has been very beneficial for many companies across different industries. For most of today’s consumers, receiving SMS messages is their preferred communication method from companies. So, by communicating with consumers, your business is likely to get a better response. The following are some of the benefits of SMS marketing:

How Many People Use SMS today?

According to the mobile marketing company, Slicktext, over 5 billion people worldwide use SMS messaging every day. That’s around 65% of the world’s population. Although each person’s purpose of texting varies, one of the main reasons people are more inclined to SMS messaging is that it lets them gain the freedom that other communication channels don’t provide. It allows people to answer at the most convenient times and gives them more time to think about their responses.

According to the media outlet, the Independent, text messaging volumes have decreased for the first time since their development. For instance, in the UK, new figures from the media regulator Ofcom experienced two quarterly declines, amounting to over a billion.

The number of text messages sent in Britain reached 39.7 billion at the end of last year but have dropped to 38.5 billion. There are similar patterns in other countries, like the US, where text messages have also dropped. The main reason behind the signs of decline in SMS volumes is the availability of a broader range of services, like instant messaging and social media.

But although technological changes have hastened in the last couple of years, SMS is still around, and it’s here to stay.

What is the First SMS App?

The first publicly sold SMS app, namely a short message service for person-to-person texts to consumers, was made by Radiolinja, which is now part of Elisa, in 1993. It allowed people to send individual messages to personal mobile devices, introducing the concept of ‘texting’ to the masses. The release of the first person-to-person SMS service app has given way to creating newer and better apps.

In the following years, the apps released followed the same concept made by Radiolinja, and the next ‘big’ upgrade was in 2007, where RCS messaging was developed. Rich Communication Services, a mobile telephone carrier, aimed to replace SMS message apps with a more modern system, providing phonebook polling and transmitting in-call multimedia.

This concept has paved the way for Cliff Kushler to upgrade his initial development of ‘text on nine keys’ and has made it possible for smartphone users to assemble words by swiping with his app, Swype. After that, the advent of instant messaging emerged, where most people use nowadays.

How Does SMS App Affect the Usage of SMS Services?

Meanwhile, in business, SMS apps have made it easier to relay information to employees and marketers, making the SMS industry more prominent in the business world. A survey from the message desk showed that over 39% of businesses use text messaging to connect with clients and customers.

What is the First SMS Marketing Example?

The first SMS marketing example was made by Nike, where they launched Nike’s Times Square design campaign in 2005. The campaign included a Nike build-a-shoe sign that passersby can activate using a cell phone, where they can use their phones to make a call, and a keypad to design the shoe they want.

What is the First MMS Example?

The first MMS examples, including short videos, one photo, a slideshow, and audio, were released in 2002. The first-ever phone capable of MMS messaging was the Sony Ericsson T68i, released in April 2002. Like text messages, MMS messages are initially transmitted to a server handled by a cellular service provider. But unlike SMS, MMS can only send various media. 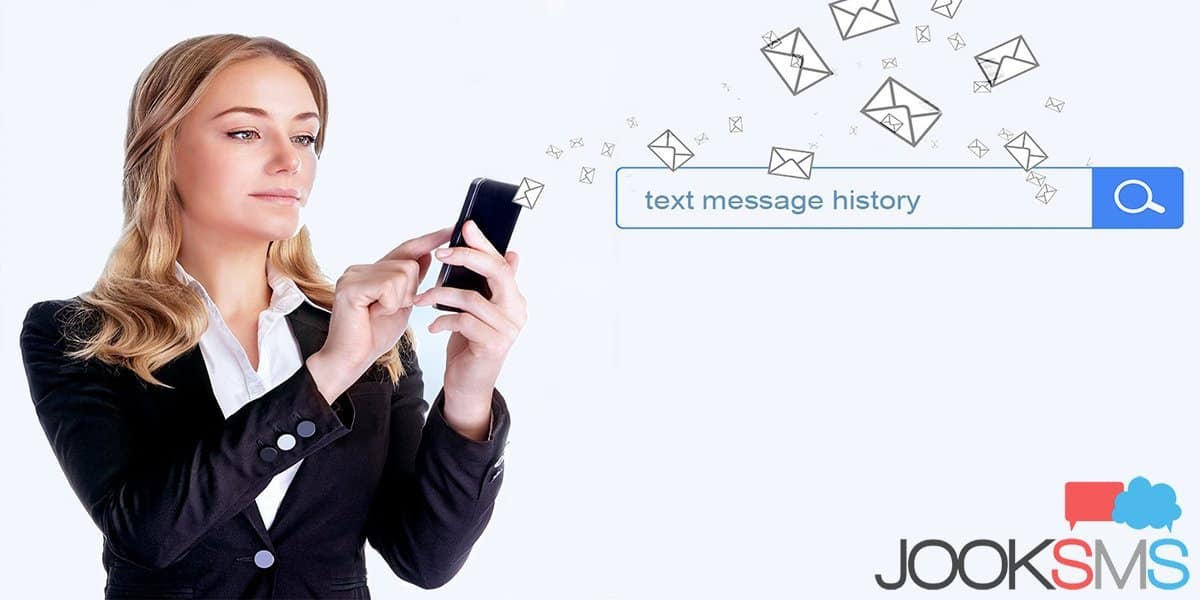 Article Name
WHAT IS THE HISTORY OF TEXT MESSAGING?
Description
The History Of Text Messaging , how it started, who invented it and the purpose of using it today
Author
JookSMS
Publisher Name
JookSMS.com
Publisher Logo 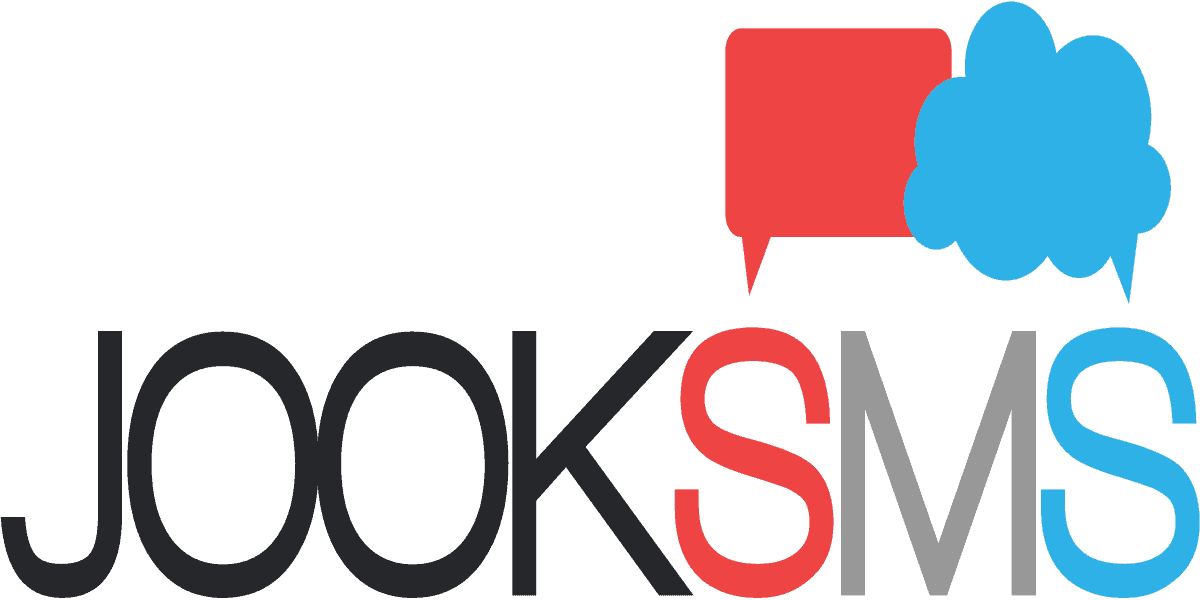 The Most Common Text Message Abbreviations